REGISTER FOR AN ENTERPRISE TRIAL

Transferring large files can be labor intensive and slow. When files are too big to email, unreliable networks, limited disk space, and heterogeneous systems can thwart end users who want to move multi-gigabyte files from one system to another as easily as they move office documents.

M-Stream™ File Transfer Acceleration speeds up the uploading, downloading and copying of very big files. Large files are split into pieces, sent in parallel over multiple streams, and reassembled back into a contiguous file or object at the target. In this way M-Stream maximizes network bandwidth, minimizes network latency, and increases resiliency, particularly for wide area networks.

The democratization of technology can be both liberating and frustrating. It’s liberating when end users can use the cloud as limitless secondary storage, or can recover their own files from an off-site backup or archive. But moving around very large files can be slow, difficult and altogether frustrating.

The Nasuni Access Anywhere Server desktop tools for Windows and Mac use M-Stream to support downloading and uploading large files up to ten times more quickly. The Windows File Explorer or Mac Finder can be used to fetch or upload large files on demand. A desktop cloud explorer is also available. 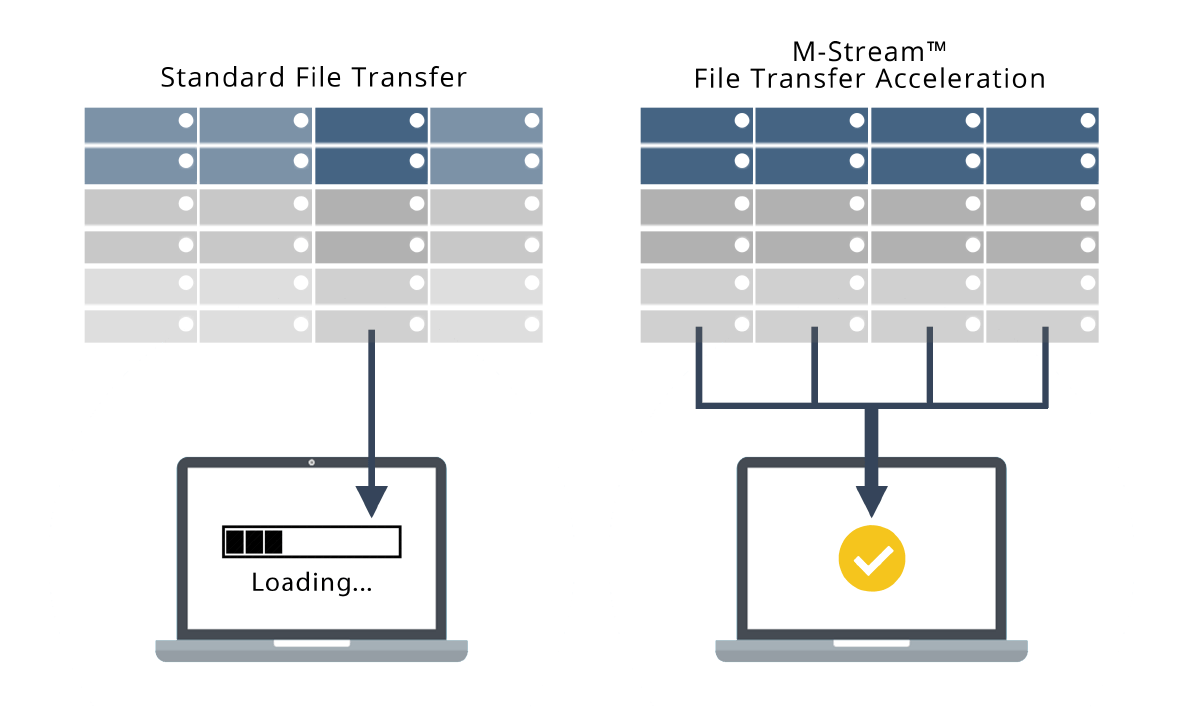 Whether migrating files between different systems, or across tiers for processing, ad-hoc transfers of large volumes of data, can be very difficult. A user would first download a file onto their local desktop (if there’s enough room). Only when that’s successful can an upload to the target server begin, and fingers crossed an unreliable network doesn’t derail the upload too. IT may help, but it might take days for a request to be fulfilled.

The Nasuni Access Anywhere Server allows end users to move files and folders between data stores as easily as dragging and dropping through the File Explorer. The operation itself is performed asynchronously by the Nasuni Access Anywhere Server Server. This offloads the work from the desktop (or mobile device) and takes advantage of data center network bandwidth. With M-Stream™ these operations happen up to ten times faster. 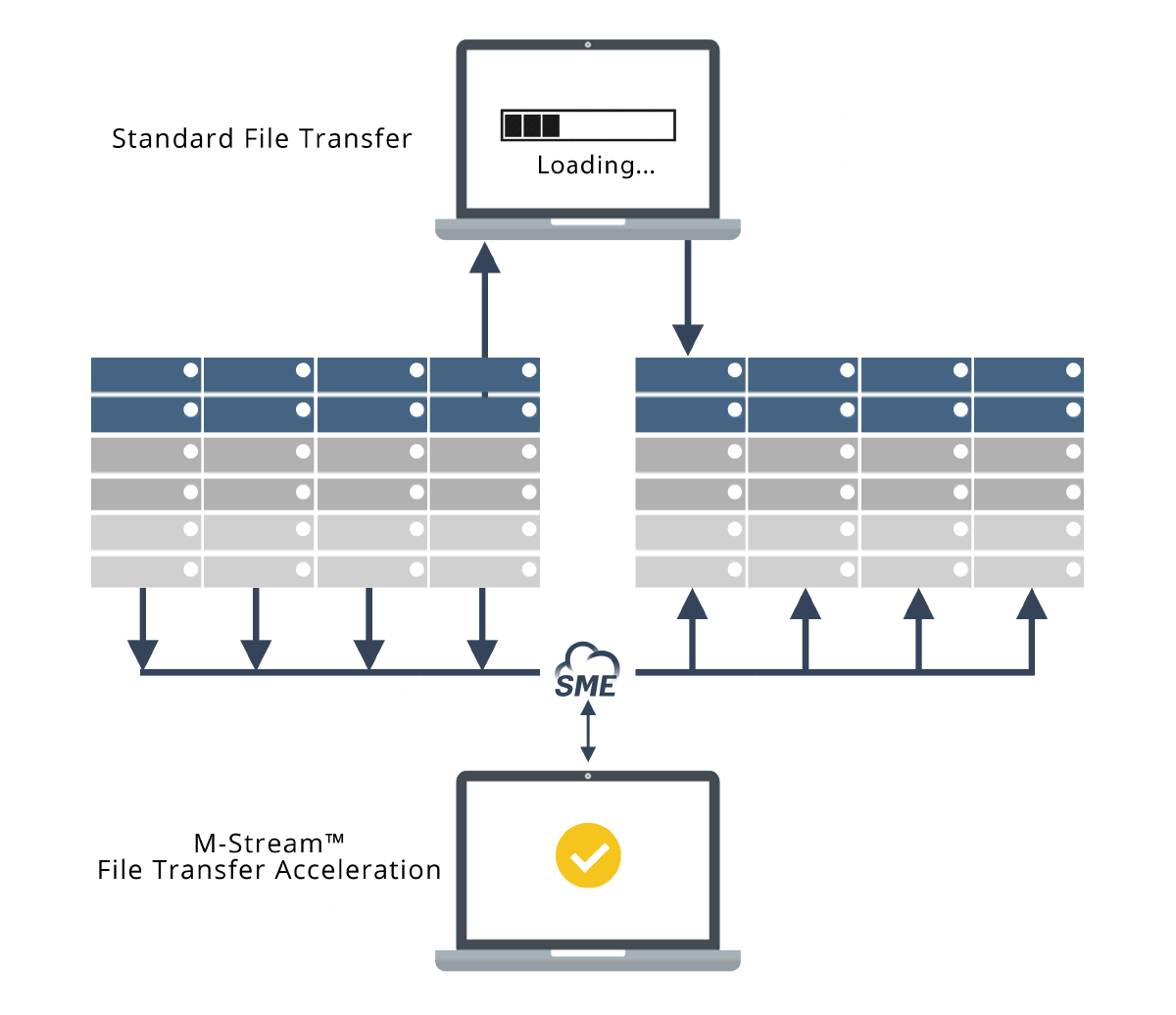